The current structure of the Directorate-General of the National Geographic Institute is contained in Article 17 of Royal Decree 308/2022 , of 7 July, amending Royal Decree 139/2020, of 28 January, which establishes the basic organisational structure of ministerial departments, and Royal Decree 645/2020, of 7 July, which develops the basic organisational structure of the Ministry of Transport, Mobility and the Urban Agenda, configuring it as a management body attached to the Under-Secretariat of the Department and comprising the following bodies with the rank of Deputy Directorate General:

Additionally, the Directorate General of the IGN (through the CNIG) depends operationally on a series of territorial units (organically dependent on the Ministry of Territorial Policy and Public Function) called Regional Services, established in the various Autonomous Regions within the Government Delegations. Furthermore, the Geophysics Centre of the Canary Islands adds to its own functions those of a Regional Service, and the Regional Service of Catalonia extends its scope to the Balearic Islands. 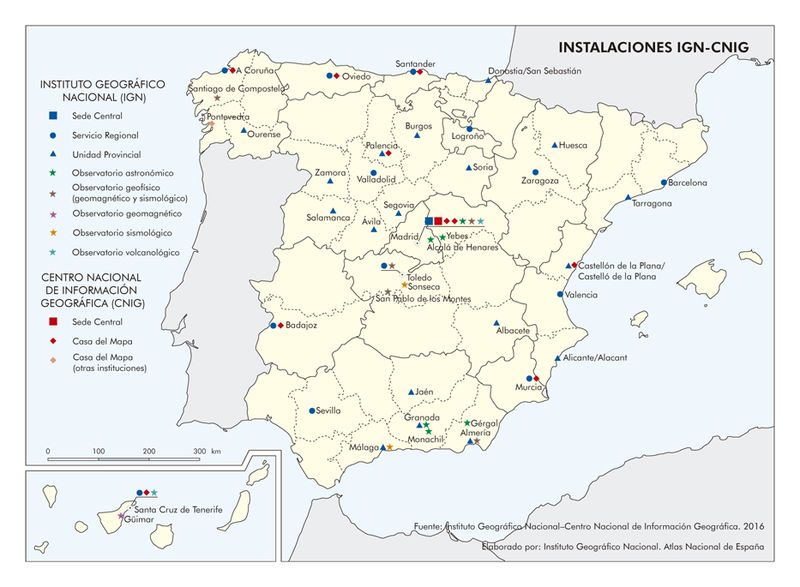 Royal Decree 308/2022, of 3 May, amending Royal Decree 139/2020, of 28 January, establishing the basic organic structure of the Ministry of Transport, Mobility and the Urban Agenda, sets out in Article 17 the functions and powers entrusted to the Directorate General of the IGN.

To see the functions assigned to this Directorate-General, please consult this document..

By clicking on each box you can consult the contact information and the functions assigned to each of the governing bodies as well as the contacts of the Regional Services.

Director General of IGN and President of CNIG

President of the National Commission of Astronomy, of the Spanish Commission of Geodesy and Geophysics and of the Permanent Commission of Seismic Standards, under the terms established in their respective regulatory norms.

Subdirectorate General for Astronomy and Geodesy.

The Subdirectorate General for Monitoring, Warning and Geophysical Surveys